Everything You Should Know About a Military Funeral Service

How To Make a Memorial Shadow Box

What Sets a Military Funeral Service Apart From Any Other Service?

When someone who has served for the U.S. military passes, the military is legally required to provide at least two uniformed representatives to carry out standard aspects of military funeral honors. The core elements of the Military funeral Honors Program include the sounding of Taps and the presenting of the American flag. Honor You dives into the etiquette and elements of a military funeral service and what sets them apart from services for individuals who did not serve in the military.

Military Funeral Service Etiquette: How it Differs and Relates to Traditional Funerals

To ensure the utmost respect is shown for a fallen hero, etiquette is typically more formal and stricter at a military service than a traditional one. Both types of services are meant to appropriately honor the deceased, but people who plan a traditional funeral service often have more flexibility with aspects such as dress code or procedures. Let’s look at how etiquette between the two differ and relate.

In a military funeral service setting, a formal dress code is highly encouraged. While some traditional services may prompt wearing a favorite color or type of t-shirt of the deceased’s, it could be considered disrespectful to show up in any type of casual or bright-colored wear to a military service.

Active and former members of the military wear their Dress Uniform, otherwise known as the Class-A uniform. The Dress Uniform usually consists of a nice pair of dress slacks or a skirt, well-polished shoes, a suit coat, long-sleeve button-up shirt with a tie, and belt. The military provides Dress Uniforms for full-dress occasions, such as funerals or award ceremonies.

Other guests should opt for clothing that is professional-like and darker in color. If you wouldn’t wear it to work or a proper religious service, it’s likely not appropriate for the funeral service.

Military funeral service seating is like traditional service seating in that those closest to the deceased sit closer to the front. If the service is outside, funeral organizers may provide enough seating for the deceased’s immediate family. Since the next-of-kin will receive the folded flag, they should sit directly up front.

A major difference between military and traditional funeral services is the presence of saluting. You’ll see active and former members of the military salute the fallen personnel a few different times throughout the service, including the following occasions:

If you are an active or former member of the military, be sure to stand and salute during the mentioned processions as a sign of respect (unless you are a pallbearer). Do not salute if you haven’t served in the military to avoid offending military personnel. All funeral guests should remove hats during these times.

The Sounding of Taps, the Ceremonious Bugle

The U.S. has recognized Taps as the “National Song of Military Remembrance” since 2013, but the playing of Taps has been standard for military funerals since the late 1800s. A live bugler is a common sight at military funerals, but it’s not off-color to play a quality recording of a bugler playing Taps.

Folding of the Flag

After the playing of Taps, there’s the ceremonial folding of the American flag. The representative military fold the flag 13 times, until the flag reaches the emblematic tricorn shape. Once it is completely folded, only the blue field with stars is visible.

The representatives then present the flag to the deceased’s next-of-kin (or their closest friend if there is no next-of-kin) as a keepsake. The protocol listed below is then followed, accompanied by a brief sentiment that has been standardized by the Department of Defense.

You can apply for a burial flag, which the U.S. Department of Veterans Affairs will supply at no cost. Once the application form is complete, you can give it to the funeral director or post office.

You or your loved one’s military funeral service may also include the following, if available.

Who Is Eligible for a Military Funeral Service?

How Do I Request Military Funeral Honors for Myself or a Loved One?

Once you confirm eligibility, the two requirements to receive proper military funeral honors include:

Making It a Bit More Personal

When planning a military funeral service, you might feel that the deceased’s personality is lost amid the process. Honor You offers an array of designs for our memorial prayer cards for funeralsto make every ceremony a bit more personal. You can customize the honorary keepsakes or defer to our team of designers for assistance. Either way, you can rest assured you’ll have elegant and personal mementos to honor your loved one, for whatever type of funeral service. 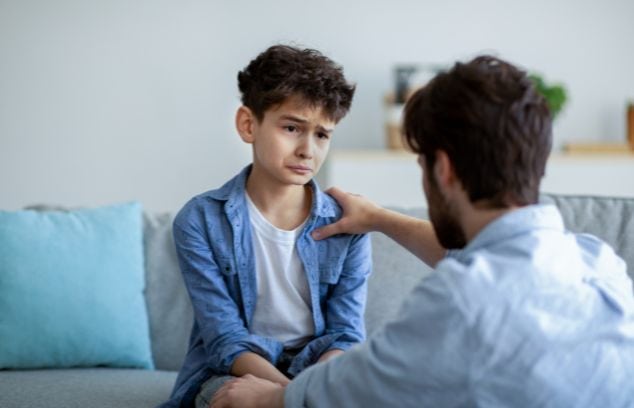