Why Personalizing a Funeral Register Is a Nice Touch

3 Tips for Decorating a Casket During a Funeral 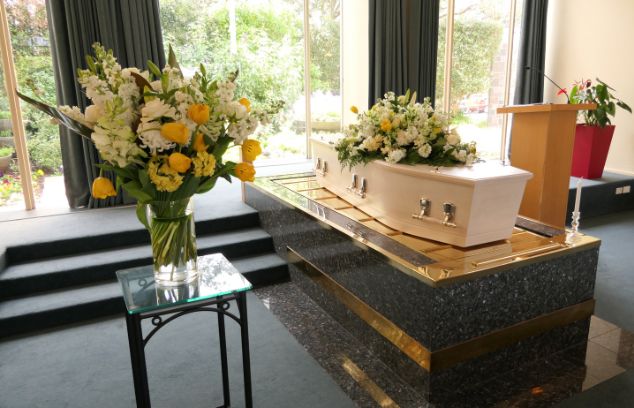 Grief is a personal experience for all of us. That fact may lead you to wonder how other cultures cope with loss. Or perhaps you have friends from abroad who recently experienced a loss, and you want to pay your respects in a manner that resonates with them.

Let’s discover a few different funeral and burial practices from around the world.

Traditionally, folks likely think of a funeral with religious connotations in mind. Many traditions involve saying goodbye to the dearly departed at a place of worship.

Most ceremonies involve a casket where the deceased rests, either open or closed, depending on the family’s wishes. People may want to view their lost loved one for closure. There are traditional items families obtain for the service. Ordering memorial prayer cards for funerals is essential and helps people better remember the departed.

When the funeral concludes, people lay the loved one to rest in the cemetery. However, some people prefer cremation, which is becoming more common in religious and secular services.

Some people prefer to remember the deceased without the body being present at the ceremony, which is a memorial service. Memorial services usually still have religious undertones.

Some folks honor the departed with a celebration of life ceremony, which typically refrains from religion. There is no right or wrong way to conduct this ceremony so long as mourners remember the lost loved one in a manner that speaks to them. You could do something special, such as an activity they enjoyed in life. If they loved being at sea, you might want to go to the ocean and spread their ashes, for example.

Given the popularity of cremation in the United States, non-traditional burial services are available for people who don’t wish to rest in the cemetery.

Some examples of non-traditional burial include:

There are many loving ways to honor a loved one here in our country that show who they were in life.

As we look at different funeral and burial practices around the world, let’s explore a country whose culture varies greatly from our own, which brings us to Japan.

Japanese funerals are a hybrid of Buddhism and Shintoism. While many Japanese people lead secular lives, there are undertones of religious tradition in the culture, which go beyond funerary rites. An example is Japanese people giving thanks before each of their meals.

Japanese funerals often come in two parts, which is reminiscent of how our traditions typically consist of a wake and funeral. In Japan, they call the wake the otsuya (oh-sue-ya) and have a Buddhist priest assist with this solemn ceremony. Most take place in Buddhist temples, but this depends on the family’s wishes and can vary, similar to how Westerners can opt for a funeral home or a place of worship.

Depending on how close you are to the person who passed away, you may only attend the wake. The wake typically happens the day before the funeral, which is the ososhiki (oh-so-she-key). At both ceremonies, similar rituals take place.

The dearly departed is present at the ceremony in a coffin, though it differs from ours and has a window over their face with two doors on it that are reminiscent of shutters. Near the casket is an altar. A portrait of the lost loved one also resides near the coffin with floral arrangements and incense that burns throughout the wake.

The Buddhist priest says important chants that help the loved one find their way to the afterlife. After these chants, mourners can pay their respects to the deceased by going to the altar and taking part in the incense rite.

Similar to Western funerals, Japanese people wear all black, which means suits for men and modest dresses for women. Traditional kimonos are reserved for those closest to the departed, like their spouse and family members.

Guests at the funerals offer monetary gifts to the bereaved that are called okoden (oh-co-dehn), which helps with covering funerary expenses. The gift amount varies depending on your relationship with the person who passed. Generally, those who are closer give more.

Once the wake and funeral services conclude, most Japanese people get cremated. Cremation is popular in Japan because its large population relative to its space. People closest to the departed view the ashes and bones after the cremation takes place. With the help of ceremonial chopsticks, they pick up their loved one’s bones from the ashes and put them in a special urn. They place it in the family’s grave for the final resting place.

These graves are at cemeteries. Instead of individual plots, the bones of the family members rest here. The family keeps the ashes from the cremation in another urn. Once a year, Japanese families visit the family grave during a period called obon (oh-bon). Most use this time to clean the grave, update the departed on what’s been happening, and take part in other special rituals.

In Mexico, most believe in the Catholic religion and acknowledge loss openly throughout life. While Americans typically see Catholic traditional as formal and buttoned-up, especially compared to Christianity, Mexican ceremonies involving death have a warmth to them.

Like in the United States and Japan, families in Mexico have a wake and funeral for their loved ones. While sadness is natural, most people are deeply religious and believe the deceased goes on in the afterlife, which leads to more acceptance and celebration than in the United States.

Wakes are often held in people’s homes rather than in a place of worship. The deceased person rests in an open casket in one room of the house near an altar, and family members and friends pay their respects. However, in other rooms, they share stories about their loved one and spend time together. People enjoy food and sometimes play games, so it feels more like a celebration of life rather than a solemn service.

Wakes can last up to 48 hours. When they conclude, they take the deceased person to a Catholic church, and a priest assists with the funeral. People in Mexico wear black at these ceremonies, as in Japan and America.

At the funeral, folks grieve openly and express their sadness. Mourners pray for everything to go well for their loved ones in the afterlife. After these prayers, most services have a traditional Catholic Mass. People may bring candles or flowers as offerings during the funeral.

Family members put important items for the deceased person in their caskets. They believe the person will need them in the afterlife. Once the funeral concludes, burial practices fall in line with most Catholic traditions and take place in the cemetery. Most have a reception afterward, like in the United States.

We hope delving into funerary practices from around the world has provided you with a deeper understanding of how we and other cultures grieve. By understanding how people perceive loss globally, we gain acceptance while learning to respect traditions outside our own. 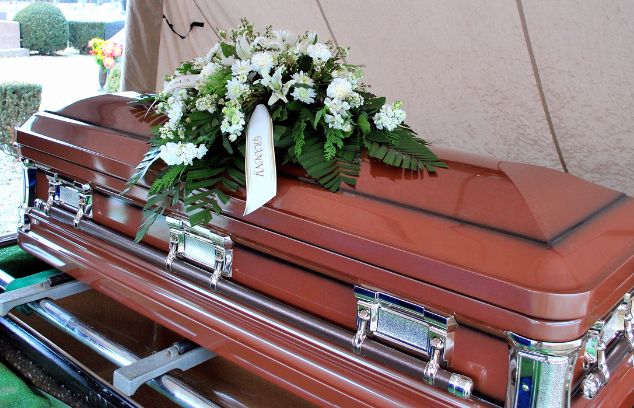 How Long Is Too Long To Send a Funeral Acknowledgment?